Look, I don’t think you’re an idiot. I assume you know “don’t rαpe people”. I also assume you’ve had the normal no-is-no, not-a-yes-is-still-a-no and probably already seen Tea and Consent.

I also understand it’s not always that simplistic. Some people are into consensual-non-consent. Sometimes, the non-consented act may be unintentional.

Maybe you couldn’t tell you were getting close. Maybe it was dark and something slipped. Maybe you didn’t realize the other person felt pressured.

Consent, above all else, is about communication. If you’re worried the other person is feeling uncomfortable- ask!

If you’re worried the other person can’t consent at the moment- don’t be a douche.

By far I think the biggest thing not everyone realizes, especially teenagers in places with abstinence only sex ed, is that your body’s response isn’t consent. Getting wet or hard is. not. Consent.

here’s a TED talk on that point if you need it.

I am so tired of this abortion debate and hearing people treat it like a political issue instead of a deeply-personal, medical decision that men and women have to decide under horrible, tragic, heart-breaking circumstances. My husband and my son have long assumed that I’m pro-choice. I’ve never corrected them, but I’m not exactly. My mother, co-workers and some of my friends have assumed I’m pro-life. I’m actually not pro-life either. I am simply pro-reasonable.

I’m a child custody attorney, who is now also seeing the tragedy of the Juvenile Court system on a regular basis too. I’m seeing what happens to the kids the parents don’t want, and yes, there are many who are not wanted by either parent. I represent men and women who are forced to pay child support and do not get to see their children, or rarely see their children. I was also a young girl faced with an unexpected pregnancy more than once, and carrying a baby that I couldn’t financially support.

So, here are a few of the societal/legal facts leading to abortion, and preventing all these babies from going to adoptive families: All methods of birth control have failure rates. Teenagers, and especially those raised in conservative households, do not have easy access to birth control. Expecting teenagers not to have sex is not practical. The State can make either or both parents pay child support, even if they don’t have custody or parenting time with their children. Parenting time/custody are not legally connected to a parent’s obligation to pay child support. You can’t just agree to give up your parental rights to get out of paying child support. The only way to do that is with an adoption or step-parent adoption. Nebraska’s Safehaven law only protects the parents from criminal prosecution for neglect and abandonment, not from paying child support. Both parents have to agree to an adoption. There is a birth father registry list in Nebraska that allows fathers to register to claim a baby born to the woman whose name he provides (and if he does this, a woman giving up her baby for adoption could find herself paying him child support). State aid isn’t as easy to come by as most people think, and most of us would not want to live on it. Rape, incest, and pregnancy in girls under fifteen still happen. Babies die in utero, and sometimes must be removed from the womb. Sometimes a mother cannot carry a baby to term without endangering her life.

If you really, truly want to reduce the abortion rates, then here’s what it’s going to take: First, end the abstinence-only sex ed in schools. Give teenagers real facts. Make birth control free and readily available to EVERYONE. Allow both parents (and either parent) to give up their legal rights AND avoid paying child support (but make it a final decision). If only one parent gives up the rights, provide adequate State support to make up for the loss of parental support from the other. (This would mean that one parent would have less incentive to try to force the other parent to have an abortion.) If both parents give up their rights, make the adoption process easier and less expensive. If parents choose to keep the baby, instead of having an abortion (which they otherwise would have had because they couldn’t afford the baby), help them financially and provide them with daycare so they can work. Allow regular medical doctors to perform abortions without stigma for those pregnant women who have been victims of rape or incest, who are under fifteen, who are at risk of dying if they carry the baby to term, or who have already lost the baby in utero. Keep the protesters away from the women and the doctors.

Unless we’re willing to do this as a society, and put our money where our mouths are, then we don’t get to decide what men and women facing this very personal, very tragic decision choose. If we do want to stop abortion, then put the ugly aborted-fetus posters down and go financially support a teenage mother, go lobby to provide birth control to teenagers, or go ask your own teenage son or daughter if he or she needs birth control. Do something useful, and be reasonable.

Frankly, I think that sums it up pretty well, and truth be told I don’t think I really have a right to say more than that from the moral standpoint; however, I think it’s worth considering from the political standpoint as well, that is, why are conservatives in the US so addicted to the topic? Well, I think Methodist Pastor David Barnhart pretty much hit the nail on the head for this one:

“The unborn” are a convenient group of people to advocate for. They never make demands of you; they are morally uncomplicated, unlike the incarcerated, addicted, or the chronically poor; they don’t resent your condescension or complain that you are not politically correct; unlike widows, they don’t ask you to question patriarchy; unlike orphans, they don’t need money, education, or childcare; unlike aliens, they don’t bring all that racial, cultural, and religious baggage that you dislike; they allow you to feel good about yourself without any work at creating or maintaining relationships; and when they are born, you can forget about them, because they cease to be unborn. It’s almost as if, by being born, they have died to you. You can love the unborn and advocate for them without substantially challenging your own wealth, power, or privilege, without re-imagining social structures, apologizing, or making reparations to anyone. They are, in short, the perfect people to love if you want to claim you love Jesus but actually dislike people who breathe.

Prisoners? Immigrants? The sick? The poor? Widows? Orphans? All the groups that are specifically mentioned in the Bible? They all get thrown under the bus for the unborn.

[TODO] +womens right to get a hysterectomy

[TODO] why do people have kids

The ‘Hacking’ community in particular is usually very clear on sexual liberation/freedoms and given that technically minded people tend to have statistically significantly higher amounts of LGBTQIA+ people, it’s relevant to mention. In order to really understand this, it is best to understand the way that labels are used within this community.

The term “queer” is extremely vague, and intentionally so. No one can define exactly what it means, and many people who call themselves queer mean different things by it. This is fine, because it is a term designed for bridging.

As a strong example, the academic discipline to investigate these issues commonly called Queer Theory. A definition:

This is extremely broad. It not only includes many issues of identity traditionally thought of as LGBTQIA+, but even includes experiences of some straight-identified cisgender people (e.g. what are the boundaries of masculinity or femininity).

It is a perspective which can be used to analyze media or society, or even for personal self-reflection. Its increasing presence in western culture may even be partly responsible for an increase in Americans who don’t identify as straight in Gen Z, even compared to Millennials. (Of course, there are several other explanations as well.)

If you want a more specific bridging term, this is where you get to the “umbrella” letters of LGBTQIA+. Lesbian, Gay, Transgender, etc., are all terms that are mostly about bringing together socially different people (race, class, etc.) based on common interest.

However, they are also partially bonding terms. They are used to categorize shared experiences, and develop them into a subculture (or several). Hence, the rise of the drag race, the leather bar, and so forth. These operate within the “edges” of these broader terms.

Then there is another set of terms that are even more concrete, and almost purely for bonding. These are known as microlabels. These terms operate mostly within a single community, and help build shared experience and understanding through extension of language.

While those ignorant and bigoted may call this “inventing words to feel special”, it is really inventing words for the same reason words are always invented: to improve communication between people, especially virtually. The breadth of being queer above (again, including lots of straight things!) also means there is a lot of unexplored space as people try to understand themselves.

I don’t want to go in depth or be your source of sex education, but I do think skipping over this would be doing the community some injustice. As such I’d also like to link to some videos providing sexual education, The truth about unwanted arousal | Emily Nagoski , YouTube 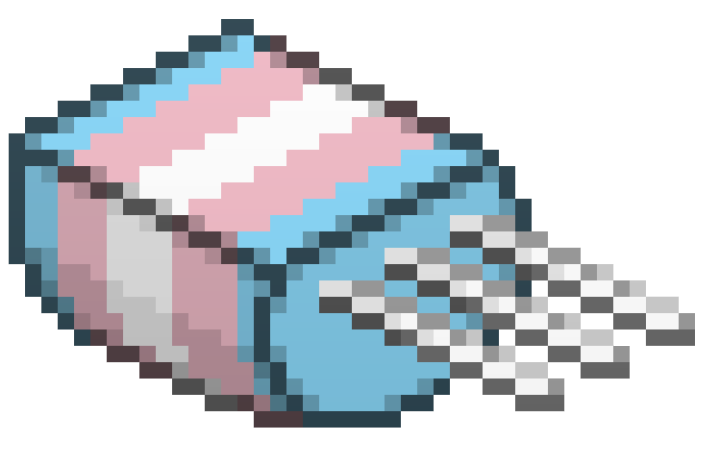 What do all the letters in LGBTQIA+ mean? # As a Furry myself, I’m obligated to recommend https://www.ohjoysextoy.com/furry/ I also recommend: A Handy Guide To Internal Shots (VERY NSFW) by her, which is a rant on art featuring cervix penetration.