Hopefully this isn’t a shock to anyone reading this, but I’m a furry.

So, I think I can share a little bit about why I joined the fandom, what being in a subculture community is like, and how some of those experiences have made me a better person and helped me be a part of or run successful online communities.

I hope that though this I can talk about what makes a community good or bad, what brings division, and what good rules for a healthy community look like.

But, to get there, I think I need to first indoctrinate you into the furry culture of OwO and UwU. So prepare your beans, we’re about to get fluffy. 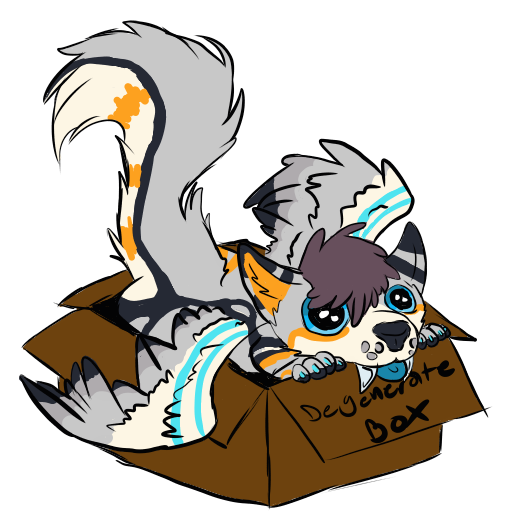 Character owned by me, art by Talon Creations

Might also talk about https://wileywiggins.com/merveilles.html as that’s a community and ethos I can speak to as well

A shift in American family values is fueling estrangement (The Atlantic)

Encryption, Tragedy of the commons 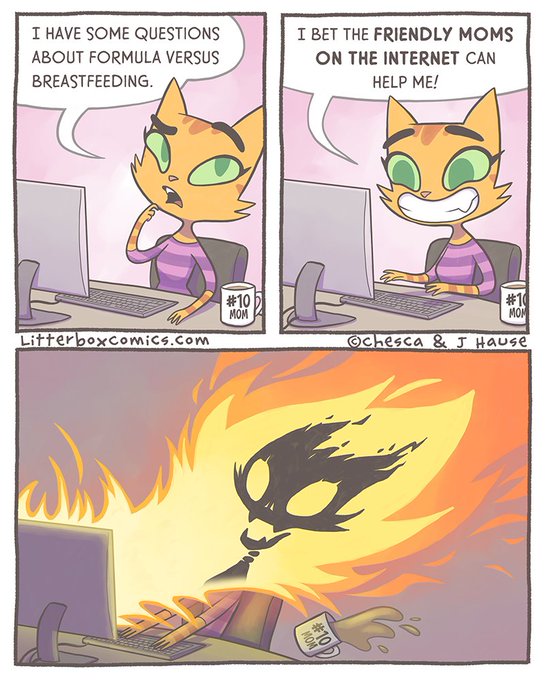 You May be Using Mastodon Wrong (Carlos Fenollosa Blog)

ensuring that we’re self moderating one another Something I’ve written while thinking about this #

As I walked to my car after class, I could smell the ashes of a cigarette and hear the echos of a train scraping on its tracks. The cool foggy air held still beams of light. It looked like a scene from Blade Runner, but I couldn’t help but feel like the Android’s of its inspiration, lusting after something to make me feel alive.

The drive home was mentally taxing. The fog so dense that cars ahead seemed to be balls of light floating in the distance, and keeping sight of the lines to stay in my lane took a constant effort. After a little over half an hour of focus and 80s synthwave music I pulled into my driveway.

My day had been long, and I hadn’t had a good meal to speak of so I heated up some leftovers and talked with my parents as I ate. My mom was distracted by writing her next book and my dad was lost in a sea of Facebook memes, which he was showing us between intermittent laughter. I wasn’t really amused, in fact I was irritated.

I ranted to him about something I know he’s heard from me before, the spheel of how Facebook is evil. How computers deprive us of our privacy and we willingly feed a machine that is well documented in its atrocities, and as usual he failed to see the point.

How many of those ‘friends’ do you really talk to? How many of them just repost meaningless memes and jokes, while providing no insight, let alone basic updates on their life.

Some of my absolute best friends are people I’ve met online or only know online, but none of them are people I stay in contact with though Facebook.

This isn’t a Facebook rant though, it’s a personal connection rant. So many of my friends and family consume social media to the point they don’t want to admit it, but don’t even take the time to maintain the relationships they do care about. That stereotype about calling your mother? Yeah, there’s a point of reality in it. I don’t know what it was like before Facebook, honestly, I really don’t. But I think we valued the connections we did have a lot more. Our friends may have been those from high school sure, but I know there used to be more tight night local communities that shared interests, but now the convenience of social media has devalued the local meeting of friends. Which is ironic in a way. I’ve been in communities which would have never stood a chance of existing without social media to bring together the band of misfits, but I’ve also seen social media start massive amounts of drama that spiral out of control and destroy the local community.

Worst of all though, I’ve seen social media devalue the importance of what people do. I figure maybe one or two people will read to this point, having lost interest long before now, and the same goes for much of the honestly great long form reporting I find online, or the longer stories people post for free for our entertainment. Creativity is becoming devalued as memes and short < 100 word posts become our new limits. Works of art that take time to digest and see meaning it get overlooked, poetry is dead, and heaven forbid you want to discuss politics in a civil matter. Hell, for many even the idea of playing a videogame or watching a movie is second to the instant gratification of short form content like YouTube, Reddit, or Facebook.

I’m not innocent in this, not by a long shot, but I have two rules for myself which have helped:

But when much of what I make, be it writing, music, or whatever is ignored because it’s not a viral meme or it’s too long to hold someone’s attention it seriously hampers my motivation, and I find it easier and easier to break my two rules. I’ve been doing a decent job, and as with any addiction it takes time to get out of and falling back is easy, but the reward of creating and consuming more filling content is much like having a nice home cooked meal instead of a super sugary diet.

I just wish more people would appreciate each other’s cooking instead of eating candy all day. I want to work with people on these things, but if everyone else just stays addicted, it’s hard to keep going. We’re inevitably social creatures and we do what our friends do, and doing things with friends is always better. Being on Facebook or Reddit, watching YouTube videos- these may trick your brain into thinking you have what you want, but being on the other side I really wish some of you would join me.

I’m always down to hang out, to wonk together on making something cool, or talk about life, you just have to reach out not wait for me to post a funny meme for you to comment on. Let’s talk about your hobbies and projects and what you care about and stop posting memes and Tumblr screenshots.