An Interview with Annie of Sex Positive Gaming # 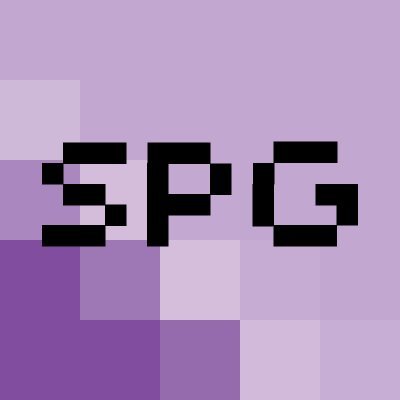 Annie is the creator behind the Sex Positive Gaming YouTube channel where she primarily reviews adult games and ocassionaly streams SFW game play. Her channel is still relatively new, having only started in Feburary. In this time she has release over 120 videos ranging from game reviews to explainers of sexual topics all with the theme of “No Shaming, Just Gaming.”

Thank you for taking the time for this interview Annie. How would you describe yourself? What are you passionate about and why?

I’m a shy curly haired redhead. I am passionate about videogames and helping to find ways for us to be less shitty towards each other. I know that’s naive, but I’m at the age where I’m supposed to be naive.

How has the need to keep the channel SFW influenced your content - What would you do differently if there were no censor?

We live in a world where everything seems to bleed into everything else. I am on YouTube, Twitter, and Patreon and all three of those platforms have a history of suspending and banning people for activity from other places or communities. I risk being removed from all of these places if I had NSFW content that they strongly disagreed with. This wouldn’t be a problem, except what they strongly disagree with seems to change all of the time.

What is your favorite adult game? Why?

Cloud Meadow. I like the pixel artstyle and I love farming games.

What made you want to start making adult game reviews?

Cyberpunk 2077. So many of the reviews said that it was the most sexually explict game the reviewer had ever played and I was so confused as it is similar to Mass Effect and the Witcher series. After digging around it became apparent that there was a great deal of disingenuity and ridiculousness in how many reviewers deal with even the specter of sexual content. I wanted to talk about adult content in video games like a normal person.

Do you have any prior experiance in sexual education?

Does sex ed in highschool count? Otherwise no. The last year has required a ton of research in both scholarship and the various flavor communities. I’ve learned so much, but I still have a really long way to go.

What do the viewership statistics of your videos look like? Is there a strong gender bias? Age?

My current demographic is mostly millennial and gen-xers who identify as male. I expect that to change as this space continues to grow.

Have you gotten any hate for running an adult-content oriented channel?

I’ve gotten a lot of inappropriate comments and messages based on my age and gender, but I tend to get a lot more heated interactions when I cover more contentious subjects like consent and NTR.

What adult game do you really want to exist that doesn’t?

I want an adult game to exist that is seen as normal and acceptable. Romance novels can contain the same level of explicitness as an adult content game, yet one is acceptable and the other can get you banned.

What are you thoughts on the adult game industry as a whole? What do you could be done better?

It is currently the wild west. For developers, there is a lot of money to be made and none of the rules and laws surrounding this industry are very clear. I’m not sure what can remedy that, but whenever we gang up and exclude other flavors we just make it that much easier to censor the entire space.

What recomendations do you have for someone just starting to make YouTube videos?

No idea. This has been an arduous journey and I am still almost completely clueless about how anything is supposed to work.

What tools/software do you use to make your videos?

I record and edit my videos with Wondershare Filmora and I use OBS Studio when I record games or stream. I am open to other suggestions if there is something better. Like I said, I am almost completely clueless about how anything is supposed to work.

Are there any big changes coming to Sex Positive Gaming in 2022?

It really depends on growth. Ideally I would love to find a way to do this as a profession and be able to help support new and upcoming creators. I am so far from that currently, but I am hopeful.

How do you feel about YouTube removing the Dislike button?

I have to modify so much of my personality and content to conform to YouTube that the absence of the Dislike button seems trivial in comparison. I understand it matters a lot to people who understand this space more than I do, but my current focus is in making sure that each new video I release isn’t my last.

Without looking at steam, do you think there’s more lood furry or anime games?

It depends on how you define anime. If Otome games count as anime, then it would be anime. What about anime style furry games? What would they count as? Not to mention the fuzzy line of demarcation between monster girl and furry (pun intended).

What’s the most important skill that you’ve taught yourself?

I am really, really introverted. This channel is really helping me to grow as a person and try out new things. Like a year ago there is no way in hell I would have ever considered streaming or showing my face.

Is there any skill that you spent too much time developing that you wish you hadn’t?

That is really hard to say. We are all the sum total of our experiences. If I hadn’t spent thousands of hours on the Mario Kart or Fire Emblem series would I still be the same person?

What’s the biggest ‘Oh Shit’ moment you’ve ever had, be it one you caught in time or not?

When I first started I didn’t know that gmail sent my whole name in the messages. I had a conversation with a developer and I saw my whole name and I completely freaked out.

What do you do for fun? Any books, movies, TV shows, etc. that you’d recommend?

Obviously I like video games, but I also really enjoy 80s and 90s movies and culture. I don’t get a chance to read as much anymore because the channel takes up so much time.

I got a lot of good advice before I started the channel from people in the industry, but the community has been my biggest asset towards improvement. Seriously– almost everyone has been so kind and tolerant of my mistakes and that has really allowed me to grow and learn.

Do you have any obscure hobbies?

Aside from reviewing and playing almost every type of adult content video games? I mean seriously, I have seen things.

How do you stay motivated to keep doing cool things?

The terror of having to go and get a 9-5 job where I have to interact with other humans face to face is a powerful motivator.

What hobby do you want to get into but haven’t had a chance to dive into yet?

I would really like to pick up some type of activity that I could use to exercise my brain more. This is a really repetitive and sedentary job and I’m trying to work out more physically, but I should also include something for my mental well being as well. If you have any suggestions, please feel free to let me know.

Thanks for giving me an opportunity to talk!

If you haven’t yet, please check out Annie’s incredible Channel, follow SPG on Twitter, and consider supporting her work on Patreon