The Case For Banning Non-Competes (slowboring.com)

EU pushes for ‘right to disconnect’ from work at home (dw.com)

Workplace Wellbeing Is a Scam (Tribune)

[TODO] historical tax rates (the 91% tax bracket? Need to do more research on this…), wealth tax

A Megacorp is not your dream job (Drew DeVault’s Blog)

The US Is Officially A Banana Republic: The Top 1% Now Own More Wealth Than The Entire Middle Class (zerohedge.com)

Homelessness and The Housing Crisis #

We need a language of humility about the housing crisis […] We kinda recognize the health market is complicated, it’s tricky to get your hands around […] I think we need that kind of reverence for the housing market [to realize it’s] not just about neo-classical economics […]

– Sociologist Matt Desmond, author of Evicted: Poverty and Profit in the American City. He was interviewed in 2019

A lot of people think about homelessness when they hear the term “housing crisis”. That is but a small part of it.

The US Department of Housing and Urban Development (HUD) classifies renters who spend more than 30% of their income on rent as “rent burdened.” In recent years, the percentage of US renters meeting this qualification has reached 50%.

The renting of property is one of the greatest drivers of economic inequality in the United States, because it touches every other source of unfairness in our society.

In a handful of large cities, there is a supply problem. But there are more than enough houses and apartments to house the people who live there in the cities with the highest eviction rates and most abusive practices. The housing stock is not the problem, but the landlording of property itself.

In 2008, the housing market crashed (along with the rest of the economy). A large number of people lost their homes. But, if you had cash on hand, you could buy a wide variety of properties at deep discounts from the local sheriff.

That year, Matt Desmond went to Milwaukee, WI for an in-depth study. He found that the median home value in poor neighborhoods was just $27,000. A mortgage payment on that house, even with a high down payment, was less than $400 per month as typical interest rates.

While the housing market crumbled, rents did not go down almost anywhere, as former homeowners flooded the rental market. Someone who rented that same property out could get around $600-750 per month from their tenants.

Those who lost their houses became part of a new underclass. Those who could afford to buy at sheriff’s sales when prices dropped made a killing. As a result, 11% of all single-family houses in the US are owned by landlords as of 2018, and that percentage has continued to slowly rise.

To understand homelessness, consider an extreme version of the phenomenon: an old story about homeless sex offenders.

In Miami-Dade county, there was a law stating that sex offenders cannot live within 2,500 feet of any place that children gather. However, considering the urban environment, this law eliminates every single place in the county – except for one highway overpass.

Over 1,000 offenders “lived” there, and probation officers dropped them off, knowing what the residency map looked like.

This illustrates the main principle: it is about where people are (or aren’t) allowed to live.

Apartments which are in middle class or better neighborhoods impose a number of requirements on renters, many of which are not only invasive, but insidious. In Milwaukee, Matt witnessed a “training” class for landlords who were threatened with legal action by the city.

A cornerstone of the class was to understand how to screen renters – renters who would ensure they could avoid more problems with the city and the police. Screening criteria included:

This is screening was surely trying to get accused or convicted slumlords out of their ways. But this screens not only for affluence, but level of desperation – and statistically speaking, race.

If the trainers had their way, no one who was poor, an ex-con, had identity theft committed on them, or lost their job would have any place to live.

The people who do not follow these criteria, and will rent to those others, are the slum lords. Matt wrote his book when he went back to Milwaukee in 2010, and lived in those places to write about the people there. Half his time was spent living in a trailer park run by a slum lord, which was declared an ecological biohazard by the city. And they did not get what they paid for.

Many of them could barely afford it, based on their circumstance of extreme poverty. But they couldn’t complain about anything, because if any of them were evicted, they would end up homeless.

Just like the sex offenders who lived under that bridge.

The Price of Renting #

With the exception of large cities that have implemented rent controls, rents are completely unregulated. This has resulted in a “market” that presents both predatory and discriminatory pricing, limited only by the standards of the landlords.

Matt Desmond found in 2008 that median rent for a 2 bedroom apartment in Milwaukee was $650. In the poorest neighborhoods, typical rent was $600. There was nothing he could find in the city less than $500.

This difference of 10-20% is representative of the top 250 largest cities based on a survey of landlords by the US census. If you look for a “cheaper” apartment in a “worse” neighborhood, you will not save very much money. Why is this?

A simple explanation is that landlords in poorer communities raise rents above what they “should be” in order to hedge for risk:

But Matt Desmond points out there is more going on. Using a nationally representative survey of landlords from the US census, his team calculated the cost structure of apartments in poor neighborhoods (>= 27% poverty rate) and wealthy neighborhoods (<= 8% poverty rate) from across the country.

It is vastly more profitable to invest $10 million into a poor neighborhood than a wealthy one. Because rather than charging based on your costs, you can charge “what the market will bear”. Because you know that there are enough desperate people who will pay far more than 30% of their income for a roof over their head.

Discrimination, Eviction, and The Law #

If you have made it this far, it should not be a surprise that racism is still very prevalent in America. Nowhere better than housing is it clear that racism is not as the acts of bad individuals, but the structure of systems.

FDR created the Federal Housing Administration to prevent the scourge of predatory mortgages and payment plans that may have themselves contributed to the 1929 economic crash. However, the program denied non-whites access to the new, fairer loans.

From then up to 1968, the “standard” in American cities was racial: whites owned, people of color rented. The poor of all races continued to rent as always had, of course. But like many issues, the dominant image of the racial divide meant that abuses in renting were considered acceptable by those in power.

The Civil Right Act of 1968, aka the Fair Housing Act, was the first time people of color could not be denied based on their race alone. This began the era we still live in: where the predation became financial, from contract buying to the 2008 predatory subprime loans that caused non-white homeowners to lose their houses in 2008 much more than whites.

Even with regard to eviction, privilege is a lever. In many affluent buildings or with small landlords, eviction is a last resort. Even among those who are poor, a friendly relationship between the landlords and tenants can result in a “cash and key” eviction, which is never reported formally. Even beyond that, a re-negotiation is preferable to an eviction, and is how the vast majority of white renters who cannot afford the rent leave.

But with modern technology and greater emotional and physical distance, “eviction by algorithm” is taking over for landlords, the use of eviction as a debt collection strategy. Matt Desmond says these buildings, on average, raise the total cost of renting by 22% when they are late – even if they catch up in time, pay late fees and court costs, and the eviction is dismissed.

Once an eviction is executed and on someone’s record, it acts as a “Scarlet E” that follows them. Remember that list of screening criteria? Those are all the apartments they lost access to – most of the housing stock in the city, if not the state. They will have to rent from slum lords – or perhaps become homeless.

If a judge is sympathetic to the tenant, in some states, they may not send in the sheriff. They may impose a repayment plan based on the tenant’s circumstances, which is also legally binding on the landlord (who cannot demand money ahead of that schedule).

And that is before considering whether the tenant can afford a lawyer to represent them in the proceeding – let alone write a threatening letter to settle the matter out of court first.

For those with privilege, there are dozens of ways to avoid eviction, however frivolous or cruel. For those with less, the walls close in. And once that eviction is on the record, only slumlords will return their phone calls.

P.S. The Fair Housing Act itself? It’s mostly a piece of paper. 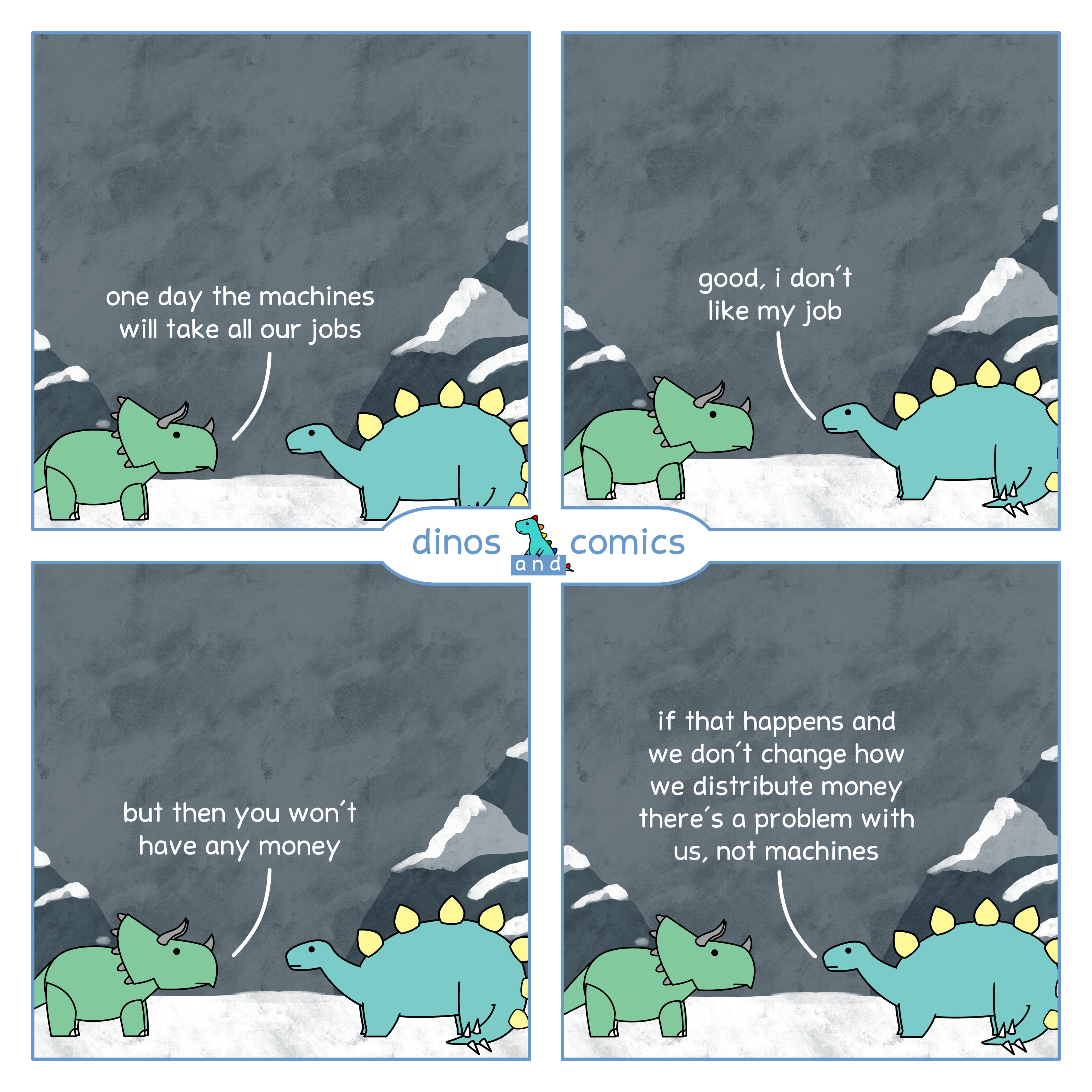