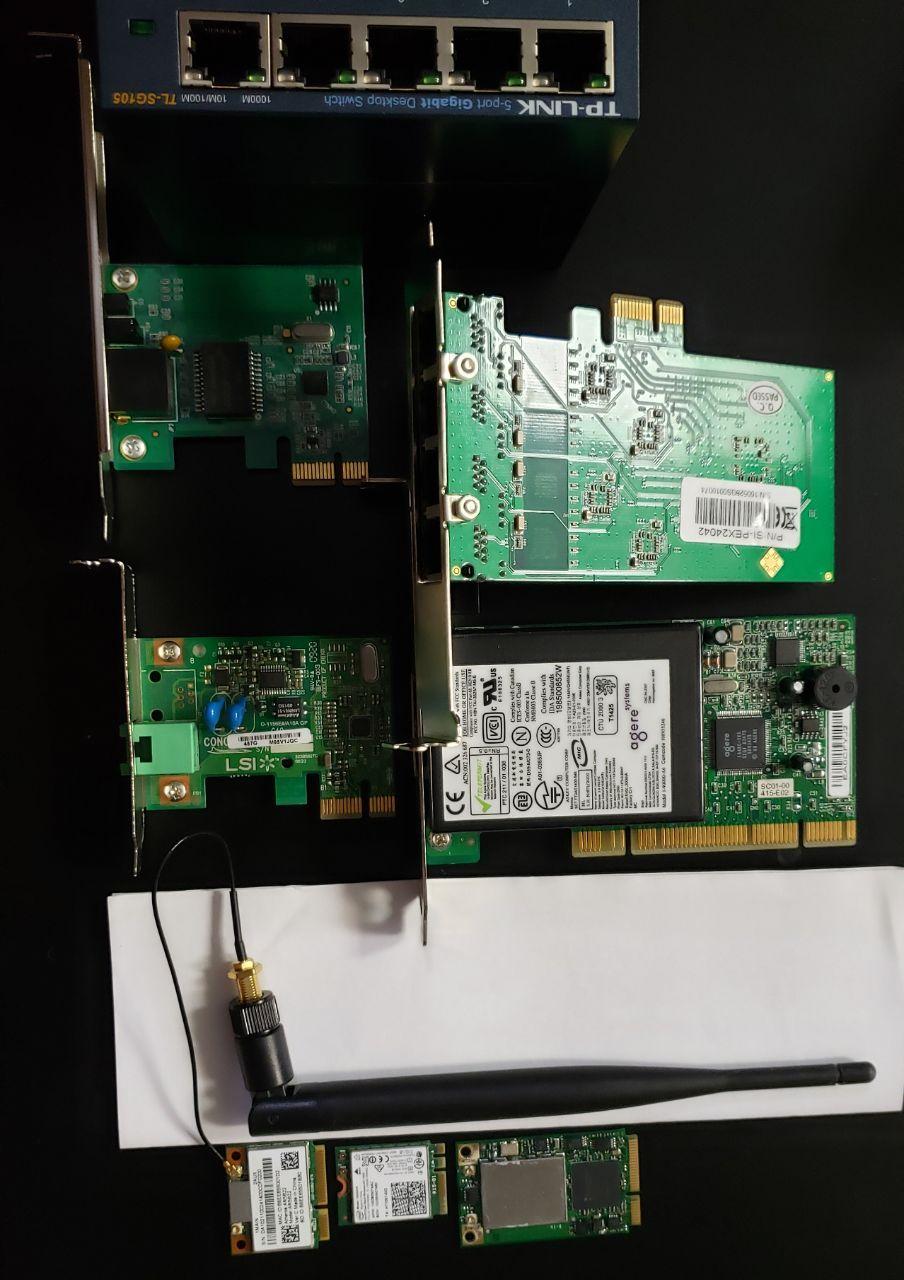 Pictured here are three Network Interface Cards (NICs). The three on the left are for Wi-Fi (though some of this form factor may include Bluetooth as well) while the one on the right has an Ethernet port for wired access. Most computer’s will not have a separate card for the wired interface, though, as most motherboard’s have a wired network interface built in.

NICs also include the wireless chipset used for connecting to a cell tower and really any radio communication device in general.

Older NICs include those used for Dial-Up connections and some obscure wireless methods that predate Wi-Fi.

At the end of the day, nothing is faster than a truck filled with drives. [TODO xkcd link]